Art starts with transmutation and continues with metamorphosis.
Henri Focillon

Whether it be a stone erected on the side of a path, a funeral monolith, or a votive piece of wood, a stela has the beauty of a written page, the enigmatic presence of a decisive encounter; it is also Latin for star.

Evi Keller’s stelae are radiant fragments of a Whole in a state of perpetual becoming, Matière-Lumière, a work that is a true world. For several years the artist has been working on her own, like the anchorite monks meditating in the folds of a grotto, entirely devoting herself to this long-haul endeavor that is Matière-Lumière. Treading the path of a few elders, Joseph Beuys and Mark Tobey among them, (one also seems to glimpse Fautrier’s Otages, or some paintings by Sam Francis, Evi Keller magically transforms external materials into actual substances, she gathers together scattered pieces of a diffracted world, the infinitely small and the infinitely large.

With her, art is no longer a game, a provocation or a performance; it renews an ancient practice, the “transmutation” of elements. According to Henri Focillon, the artist who enters deeply into the mysteries of Creation “builds herself a physics and a mineralogy, she is first and foremost a craftsperson, her palms are black and torn from tackling weighty and burning matter.” Indeed, if Evi Keller’s works incorporate painting, photography, sculpture, and video, they do not belong to any known genre. These Saturnian and solar pieces are, above all, pieces of matter transfigured by light, simple lead transformed into gold.

From such ancestral civilisations as those of Babylon, Assyria, and China, Evi Keller recaptures the sacred function of the threshold and the passage. Instituting sacredness starts with defining a limit, establishing a transitional space (door, column, arch, peristyle), and inquiring about sensitive places where one can feel the influx of things and beings.

Evi Keller erects stelae on our path and invites us to penetrate into another space, another time.

Come closer: these are miniature, burning worlds, twigs, barks, bones, spider webs, features from a face, starry patches of sky. These vibrating, living surfaces might evoke Victor Hugo’s cosmic inks, or, more definitively, the wall smeared with water stains and full of colored stones that Leonardo da Vinci recommended painters to contemplate in order for them to see on it all possible figures, battle scenes, rivers, trees, and mountains.

When he first saw the Forest of Stone Steles, Victor Segalen recognized the work of the Han civilization in these pieces of wood erected on either side of the pit to allow for the burial of a coffin. A thousand years before, stelae were wooden sacrificial poles that were also destined to measure, with the passing of the shadows, the moment of the sun. Not the external light, but the revolving inner light; the “star is intimate and the instant perpetual,” Segalen wrote.

For, in the graves of the Ancient Greece initiates, small delicate gold leaves could be found engraved and folded in two, with instructions for the trip beyond. Upon deciphering the texts incised into the material, one discovers that they concern the Mnemosyne spring from which outbound souls must drink. Here are a few lines from a third century B.C. leaf discovered in Crete, a secret poem about the soul:

I am burning from thirst and am faint: please give me
a drink of the water from the source that flows perennial, to
the right, where the cypress is. — Who are you?
Where do you come from? — I am the son of the Earth and
the starry Sky.

On these stelae — burning pages overcome by an interior fire, thin layers of blueish ice, where a stain of blood sometimes darkens — Evi Keller writes the memory of the primordial elements, the water from springs and rivers, the subterranean fire, the air in the sky. This memory links our body of water and carbon to the furthest stars of the galaxy.

It is an ancient voyage, though one that has just begun. 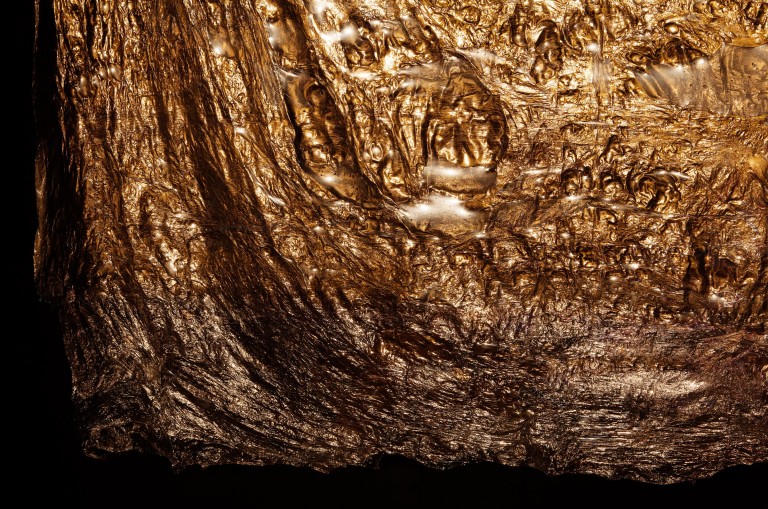 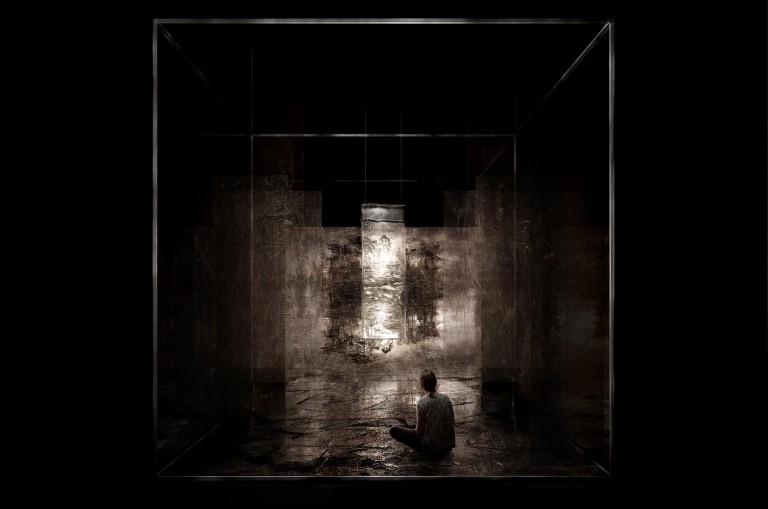 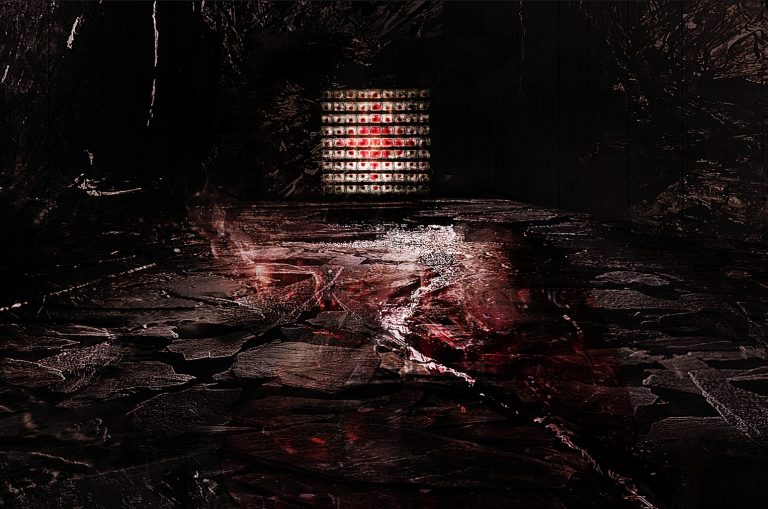 2021Landscapes burnt by the night, Evi Keller or the art of the origins- Excerpt IIEvi Keller1:51 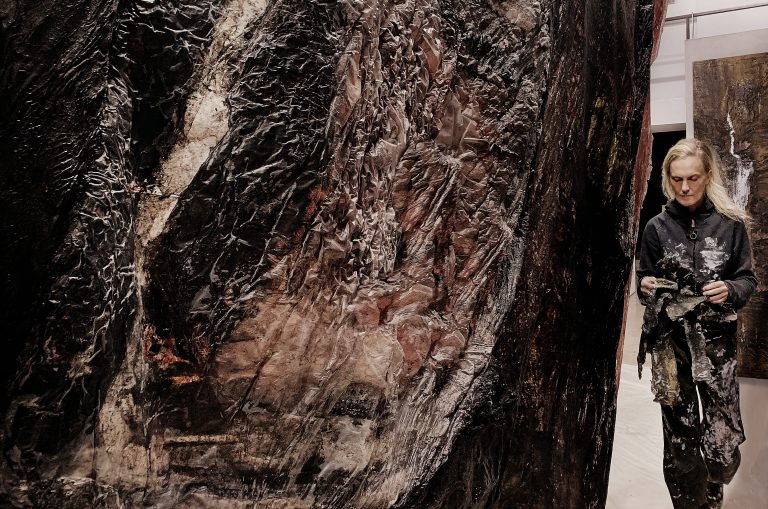