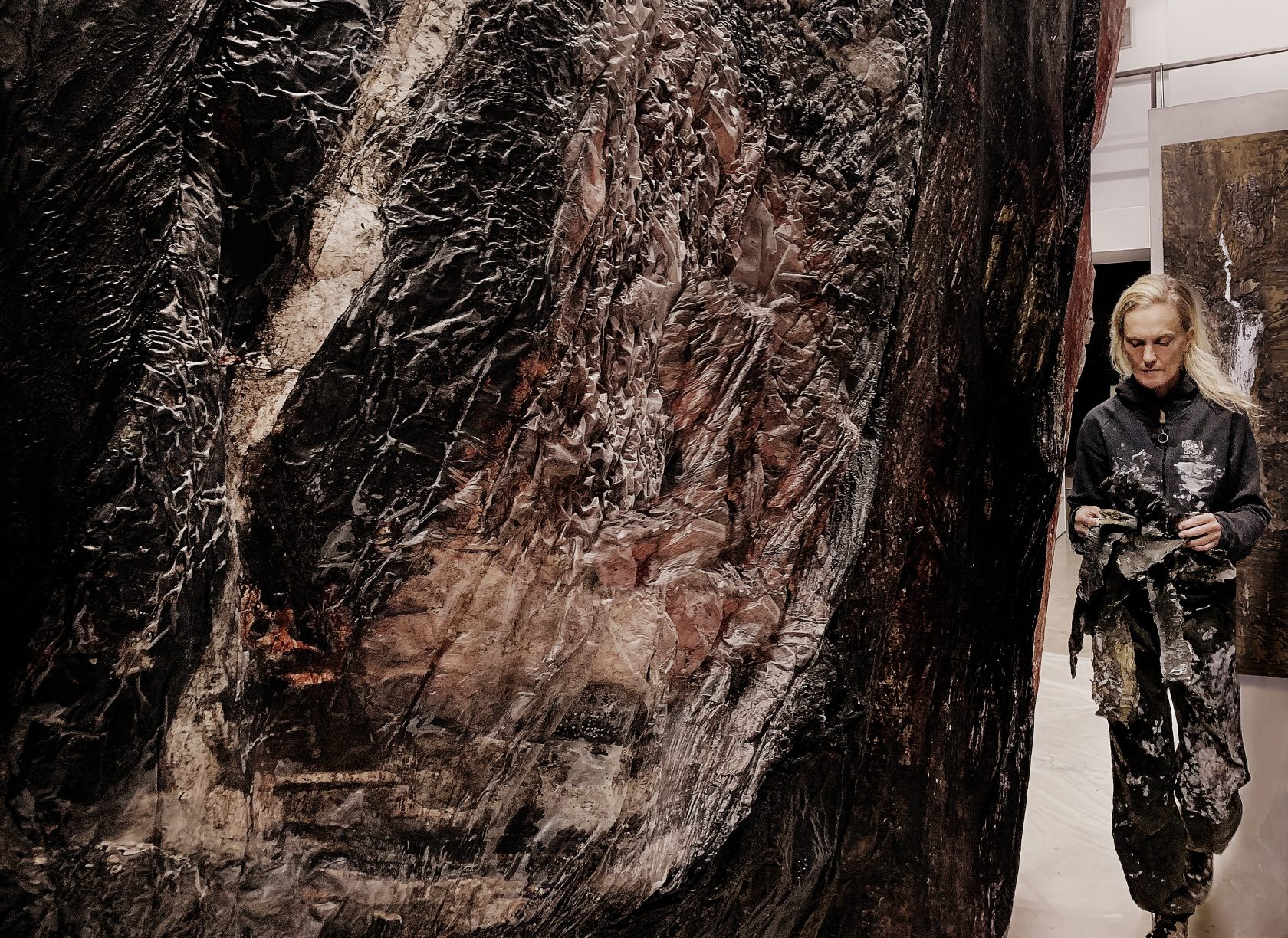 A true world onto itself, whose components reveal themselves gradually, Matière-Lumière confronts us with the origin of creation, in its most radical sense; when everything was nothing but fusion, ow, concretion of matter, dazzling ashes. Here, more than a mere installation, “lightning crisscrosses the dark depths of the dawn of time,” to borrow the words of Schelling. The art of Evi Keller magically reconnects with natural forces, the romanticization of the world, so dear to Novalis et Beuys, the union between the known and the unknown, the nite and the in nite, the visible and the invisible. Like them, she tries to get as close as possible to the « essence », the inner substance.