Jean-Paul Philippe studied at the National School of Fine Arts in Paris from the age of 16, but had started painting when he was very young. In 1960, he was deeply moved by a trip to Italy. He moved to Florence the next year and worked at the Drawing Cabinet of the Offices, admiring the works from the Quattrocento. Encounters in Italy multiply and led Jean-Paul Philippe to discover the Carrare marble quarries. The path to sculpture is open. Doors, steles, labyrinths, hopscotches… These are the themes and predilections of the artist, tireless sculptor of stone, his favorite material. He does nothing than revealing what the stone hides, working through successive removals in order to make visible what it contains and shelters. He does not claim to belong to any artistic mouvement, school or system, the artist creates installations between Earth and Heaven, true inner archaeologies, gardens of melancholies of the human realm and the transitory cycle of life – like the Egyptian and Pre-Colombian statuaries that inspire him.

His œuvre is achieved in the intimacy of his studio as well as in public space, from drawings to sculptures, from urban spaces to natural environments. His major work, an open-air installation-habitation,which he calls the Transitory Site, is displayed since 1993 in the austere and magnificent landscape of the Crests, a piece of sky framed by the hills of Asciano, across from the city of Sienna. He initiated a dialogue between several elements of grey basalt with nature, composing a monumental installation where stone molds to the site in harmony with the cosmos.

The gallery has presented Jean-Paul Philippe’s work since 1981. In 2015, the work Gardens of Melancholies I, was shown in the exhibition “Quinte-Essence”, which celebrated the gallery’s 90 years of activity.

In 2016, the thematical exhibition “About Painting, from the 1940s until today” organized at the gallery included a painting by Jean-Paul Philippe entitled Métro 72.

In 2017, the model for Roque d’Anthéron project in Bouches-du-Rhône, South of France, is presented on the occasion of the exhibition “Passion de l’Art – Galerie Jeanne Bucher Jaeger depuis 1925”, first retrospective devoted to the history of the gallery, at Musée Granet in Aix-en-Provence, France. The same year a  work by Jean-Paul Philippe is also presented in the exhibition “Corps et Ames” at the gallery.

In 2018, the EuroAirport Basel-Mulhouse-Freiburg inaugurated the sculpture Les dessous du ciel ou l’attrape-nuages. In connexion with this sculpture project for an airport, the gallery presented a work by Jean-Paul Philippe in the exhibition “Dessins de Sculpteurs”.

In October 2022, the inauguration of his monumental sculpture Résonances will seal the fraternal union between the two twin cities, La Roque d’Anthéron and Asciano, Italy, with the ITER program. The Parc des Adrechs, where the work Résonances will be installed, is located near the road that goes from Berre-l’Etang to Saint-Paul-lez-Durance and allows for the transport of the exceptionally large elements from the 35 partner countries destined for the ITER machine from the port of Marseille/Fos. Located at the entrance of the city, coming from Avignon, the sculpted monument will be positioned at the other end of the city from the Abbey of Silvacane, an exceptional piece of architectural heritage that bears witness to the art of sculpture throughout history. The monument will be easy to access and will become a place for walks and meetings. 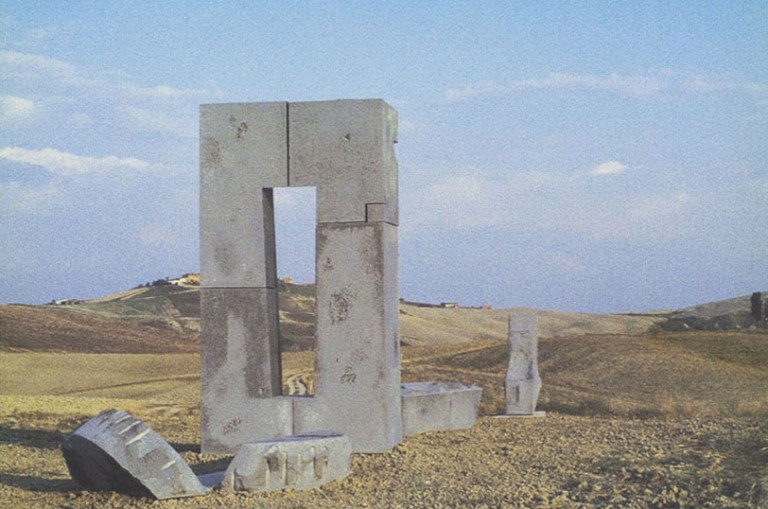