The name of Gérard Fromanger is linked to a series of patterns, figures and events that reflects fifty years of artistic, cultural and social history : his friendship with Jacques Prévert, the foundation of Atelier Populaire des Beaux Arts in May 1968, the red silhouettes, people on the streets, playful colours, hundreds of militant posters and his collaboration with Jean-Luc Godard. Such a context reveals the atmosphere in which Fromanger’s work acquired a large recognition in the 1970s. However, Fromanger’s project is not limited to this context. In spite of frequent mutations, his work affirms a strong continuity. A painting that is both open to the world and fully self-conscious. The colour red is ever-present in Fromanger’s paintings, expressing resistance,  debate and revolt. In the most recent paintings, the colour yellow like pure sunshine becomes dominant. Fromanger has always worket to reconcile his pictorial passion and concern for the world.

The gallery presented three solo shows of Gérard Fromanger between 1973 and 1977 and lends “Florence (de la série Splendeurs)” and “Bouge”, two works created in 1976. The painting « Bouge » was recently lent to the Centre Georges Pompidou for the artist’s retrospective exhibtion in 2016. 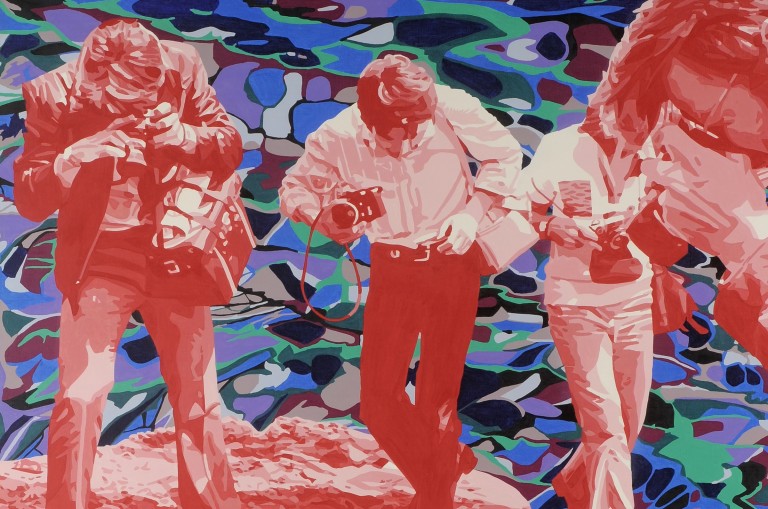