Antonio Seguí left Buenos Aires and settled in France in 1963. His paintings were exhibited the following year in two solo shows organized in collaboration with the Galerie Claude Bernard (1964 and 2010). His mise-en-scène of a man in constant motion, searching for his place in an ironic human comedy, falsely naive and troubling, deploys pranks and humor.

exhibitions at the gallery

• Peinture à responsabilité limitée
in collaboration with the galerie Claude Bernard
October 2 to 31, 1964 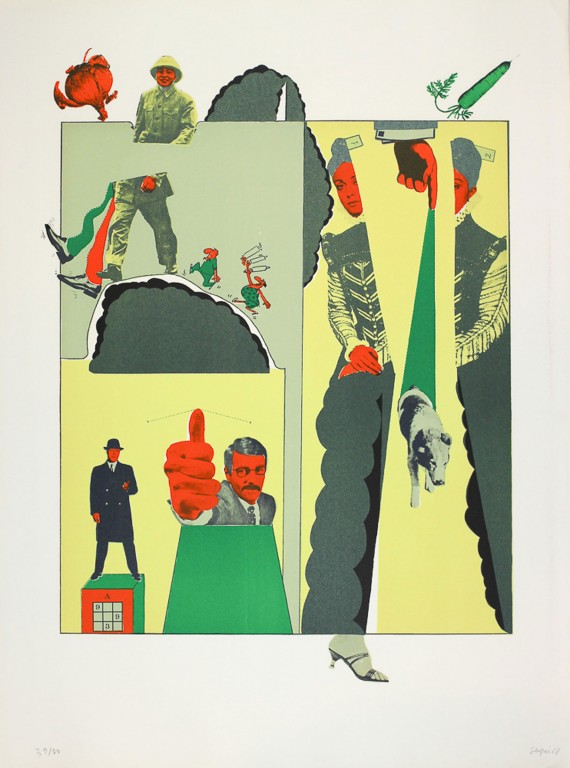 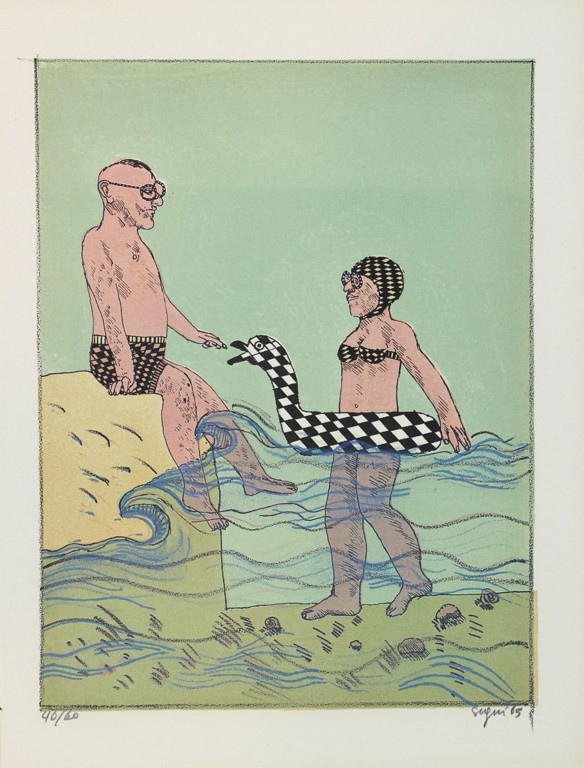 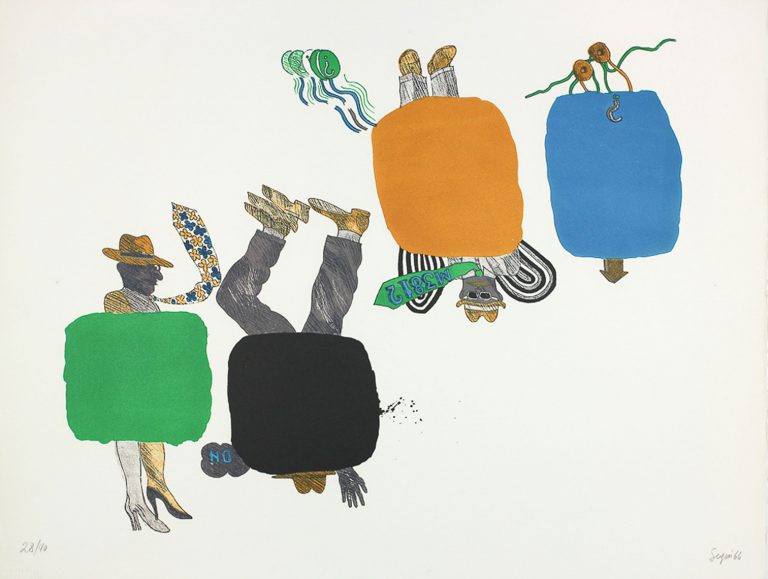